Looking through the annals of ancient history, today’s explorers can find inspiration for art, literature… and names. Some classical choices are ripe for today’s trends, balancing historical substance and modern style.

These fourteen names for boys take insight from the records of Ancient Rome, decorating emperors, philosophers, and everyone in between. If you’re looking for a name with both strength and smarts, you’re sure to find a handsome option here. 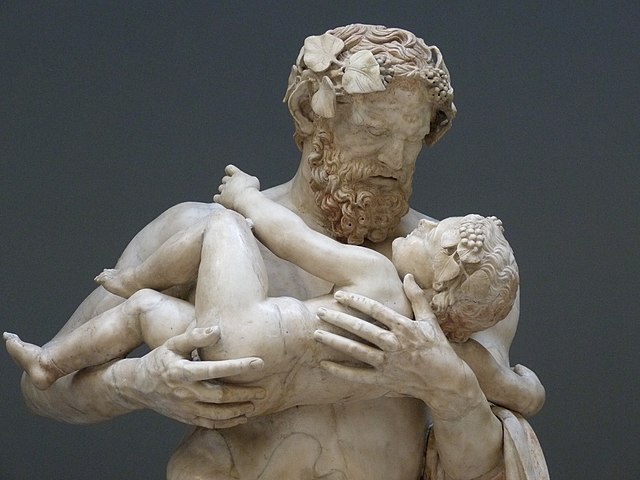 Cicero. Bright and bold Cicero has an appeal on multiple levels, from its association with the master of Latin prose to its modern melody and O-ending. From a Roman surname meaning “chickpea,” this choice has an intelligent and unexpected sort of flair.

Albus. Today’s audiences may link this lovely name to Albus Dumbledore of Harry Potter fame, but Albus originated as an ancient surname. It has a nature connection as well - “Albus” is a type of rosemary plant - giving this geek-chic name more real-world substance.

Rufus. A stylish standard in the United Kingdom for centuries, sweet Rufus has its roots in the Latin language. Namesakes abound throughout history, from musicians to politicians, and it’s no wonder - Rufus has a dashing sensibility all its own.

Vitus. A Roman praenomen meaning “lively,” Vitus is spirited and handsome to boot. The Christian Saint Vitus is the patron saint of actors and dancers, making this choice a subtle way to honor an artistic loved one. Dapper Vitus has only been recorded by the SSA twice in history, in 1929 and in 2010 - it’s sure to feel fresh for years to come.

Caius. With short favorites Kai and Cai rising up the charts, why not choose a longer choice that has a more sophisticated vibe? Caius is an elegant Roman variant of Gaius, used in Shakespeare’s work and adorning a college at Cambridge. Friendly yet noble, Caius is sure to appeal to many tastes.

Junius. A celebrated family in Ancient Rome bore the name Junius, and this charming choice endured as a first name through the early 20th century. It’s a novel alternative to Julius or Jude, with the cute and boyish nickname Juni (of Spy Kids fame).

Fabius. Though it sounds like dramatic Fabio or Fabian, Fabius adorned a tough general in the third century BC - an excellent namesake for a strong little one! The name comes from /faba/, meaning “bean,” which adds a fabulous idiosyncrasy to strapping Fabius.

Quintus. This unexpected choice was a popular praenomen in the Roman era, often bestowed upon the fifth child (or a child born in the fifth month). But Quintus can be more versatile than just a “number name” - it’s a cool and quirky option that is similar to modern Quinn and Quentin, and it’s been used in the US sporadically since 1917.

Augustus. The most popular name on this list, Augustus ranks at #457 in the US top 1000, and for a few good reasons: it has the powerful meaning of “magnificent,” it fits in with the trend for title names like King or Messiah, and it has an extensive historical record that helps it feel usable. Plus, the nickname choices for Augustus are superb, with Gus, Gusto, and Augie among the possibilities.

Marius. Beloved across Europe, Marius has never achieved such prominence in the US, making it perfect for those who want something accessible yet uncommon. Marius Pontmercy is the name of a heroic character in /Les Miserables/, and the /prenom/ could make an attractive honorific for a familial Maria or Marilyn.

Seneca. Both a Roman cognomen and the name of a Native American tribe, Seneca is a refined multicultural choice. While this antique name is historically male, it’s now given to boys and girls almost equally - 33 girls and 29 boys in 2016. Serene and unique, Seneca is bound to soar - especially since it features prominently in the /Hunger Games/ series.

Tiberius. Derived from the Tiber River in Italy, Tiberius is a powerfully masculine choice - it was worn by one of Rome’s greatest generals and emperors. Tiberius is connected with both the Star Trek and Harry Potter universes, giving the robust name a fun pop culture spin.

Marcellus. Polished and pleasant, Marcellus is a lively diminutive that sprung from classic Marcus. It’s been rising rapidly in popularity since 2013, and may soon break into the top 1000! With so many namesakes - religious, athletic, political - Marcellus is a name that surely inspires greatness.

Cassius. Ranking at #602 for boys, Cassius is an energetic name with historical significance: Cassius Clay (now known as Muhammad Ali) was named for his father, who was in turn named for a nineteenth-century abolitionist. It can be pronounced as either “Cash-us” or “Cass-ee-us,” and the name exudes confidence and courage.

I am surprised anyone would use the name Vitus. It makes me think of the medical condition Sydenham's chorea (also known as St. Vitus's Dance).

I adore Rufus, Cicero & Tiberius. I can't be the only one who thinks that James Tiberius Kirk has THE BEST NAME EVER!

Cicero makes me think of the Cellblock Tango from Chicago...